Update: Here’s a Sneak peek at the Disney for Lularoe Collection!

On Thursday, May 18th Lularoe, the popular leggings company that has taken Facebook by storm, announced that they have partnered with the most loved company in the world, Disney to produce a Lularoe for Disney clothing line.

The clothing line which was worked on by over 100 designers promises to give Disney fans adorable and classic prints of their favorite Disney characters. Although details are scarce at this point, we anticipate to hear more in the coming days.

Lularoe made the announcement at the company’s Leadership training, which was held at the Disney park in California. Shortly after, the announcement appeared in Build, which is the back office communication system for consultants.  Though this announcement was not available to all Lularoe consultants, it did get screenshotted and passed around the internet.

“Lularoe is thrilled to announce a collection with the Walt Disney Company, one of the world’s most imaginative and iconic brands!

That’s right, the Lularoe Collection for Disney brings Disney-inspired prints to Lularoe’s amazing fashion line! These exclusive pieces will soon be available for you to share with your excited customers!

A wide variety of Disney approved graphics and assets will be available for you to promote this collection!

As we release this collaboration, here are some things to keep in mind: 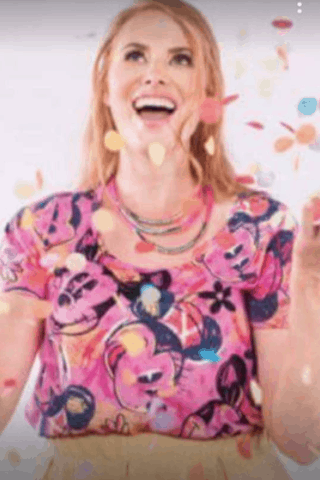 If the leaked photo above can be believed, it’s safe to say that the Lularoe for Disney line of clothing will not just be leggings. This photos features an adorable Mickey Mouse Classic Tee!

Join my VIP group, Chrystie’s Lularoe Groupies for details as they develop!

10 Ingenius Ways to Store Board Games