We’ve got a case of the missing witch over here in this Halloween inspired cupcake. Can you spot her? We better ask the bat if he’s seen anything out of the ordinary! :)

My kids were absolutely thrilled with this dessert that I made over the weekend. I didn’t get fancy with the recipe. I just used a Pillsbury Funfetti boxed cake mix, made some cupcakes and used colored frosting for the topping!

Once i had the cupcakes in the oven, I started to make the witch’s legs. I used black construction paper and free-handed the witch’s boots and then cut paper straws in half to create the legs. 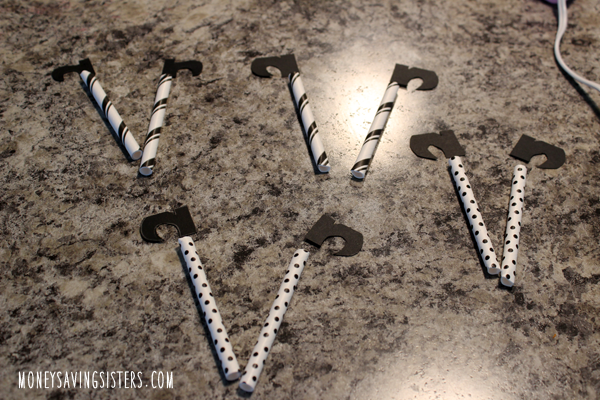 I used a hot glue gun to assemble the legs. You want to make sure that all of the glue stringy things are off the legs before putting them in the cupcakes…I learned that the hard way ;)

To make the bats, I used some grossgrain ribbon and just tied a knot. Clipped the edge of the ribbon in a ‘bat wing’ fashion and used a gold sharpie for the eyes. I then hot glued it onto a toothpick. 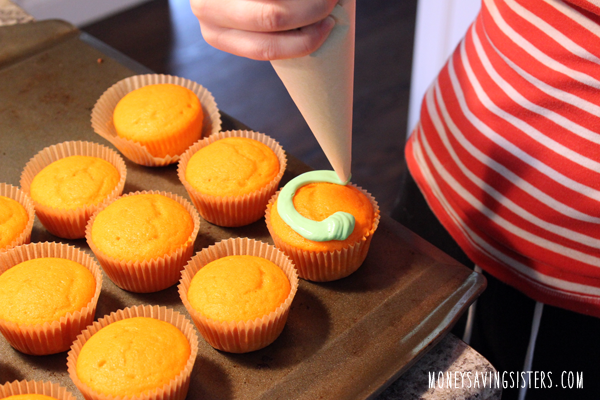 I don’t have a fancy pastry bag, so I created a cone with parchment paper and tape to frost the cupcakes, and it came out great! 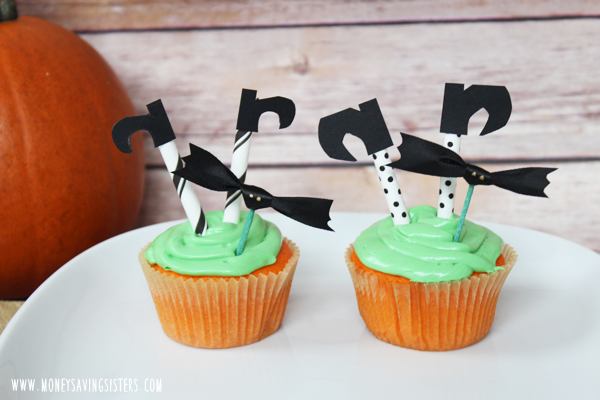 Think this is a cool recipe? I’d love it if you shared it on Pinterest! 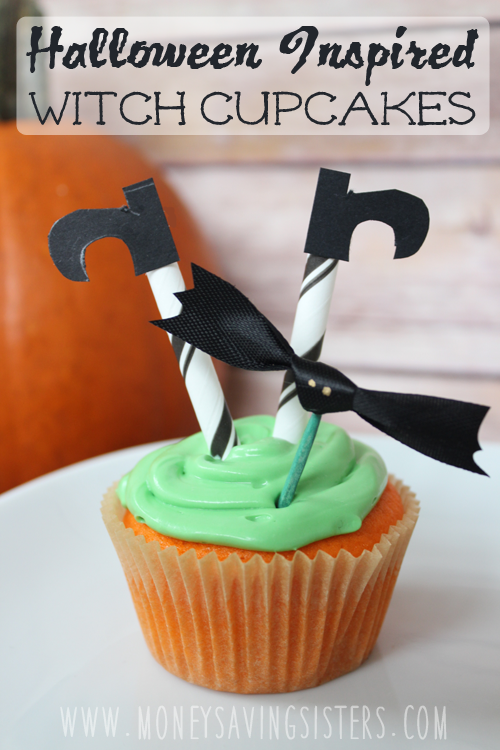 Baby Boy Shower Thank You Gift Around $1.00 each