These French Toast Roll Ups are technically breakfast but you can definitely pass them as dessert. The only downside? They are so incredibly delicious you are going to find yourself making it again, and again, and then again some more! This is like a cheesecake french toast combo and OMG it’s so good!

Another great thing is that the sky is the limit, seriously you can fill your french toast roll ups with everything and anything! My favorite comb is with cream cheese and strawberries because you feel like eating cheesecake for breakfast (how indulgent!) but it’s also delicious with chocolate spread and berries, caramel and bananas, and with maple syrup and coconut. The combination and possibilities are endless and each one is more delicious than the last one.

To make them you just need basic ingredients, sandwich bread, milk, egg, sugar, and cinnamon, and then your fillings.

Grab your sandwich bread and cut all the borders (the little ones are going to love that!), then with the help of a rolling pin flatten the bread, add your fillings and roll it up. Dunk into the egg and milk mixture and cook in a skillet. Once they are done roll them into cinnamon sugar and serve.

Cooking them is something the kids love to help with and while things can get a little messy since the recipe is so easy there’s no reason to not transform it into a family friendly activity.

The cinnamon sugar really makes this recipe shine and makes the roll ups look so fancy and elegant + it gives a nice crunch and a whole lot of extra flavor. Then you can also add more toppings. Yes, fillings AND toppings in the same french toast roll ups recipe!! Since they are already so packed with flavor I like to only drizzle them with maple syrup. 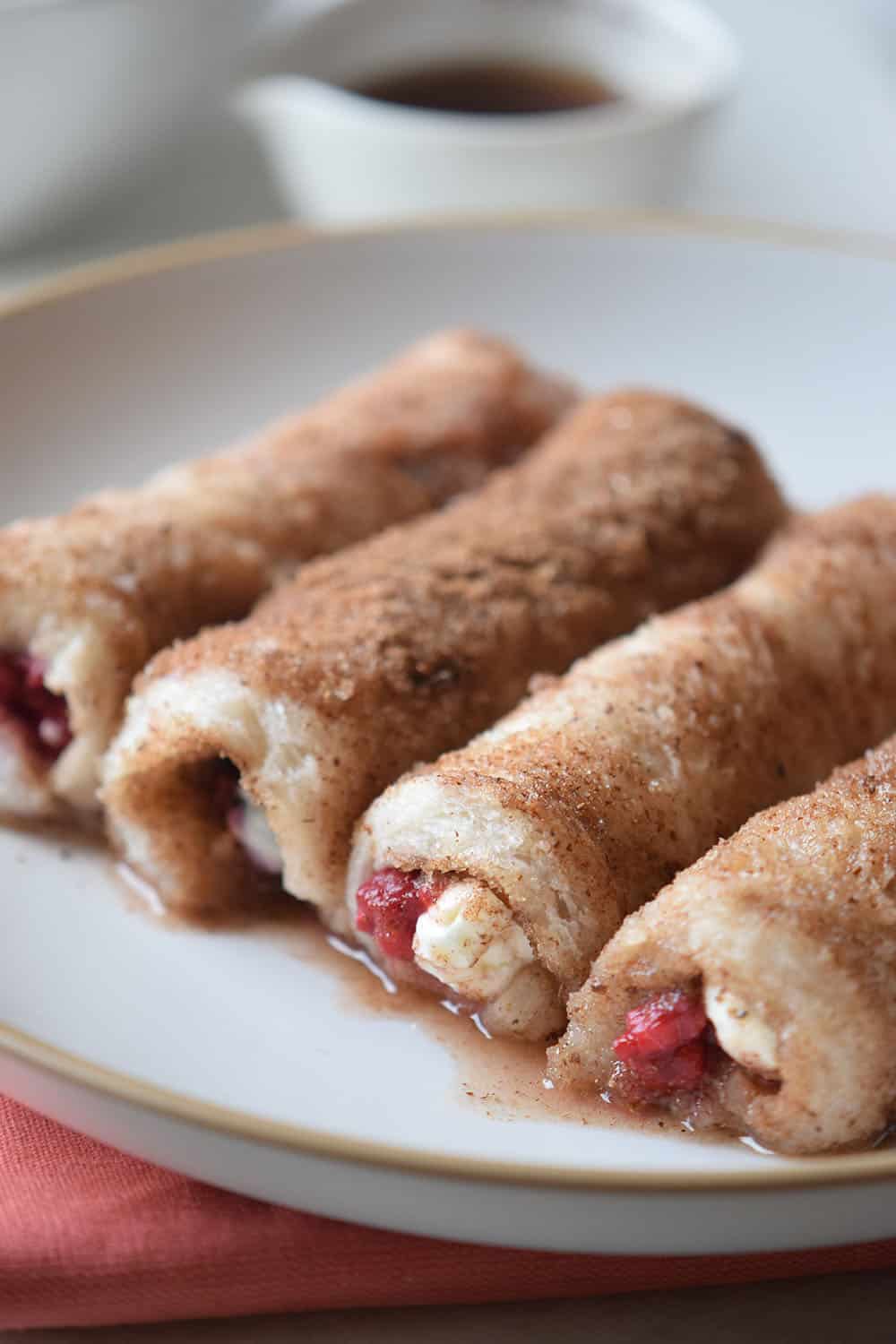 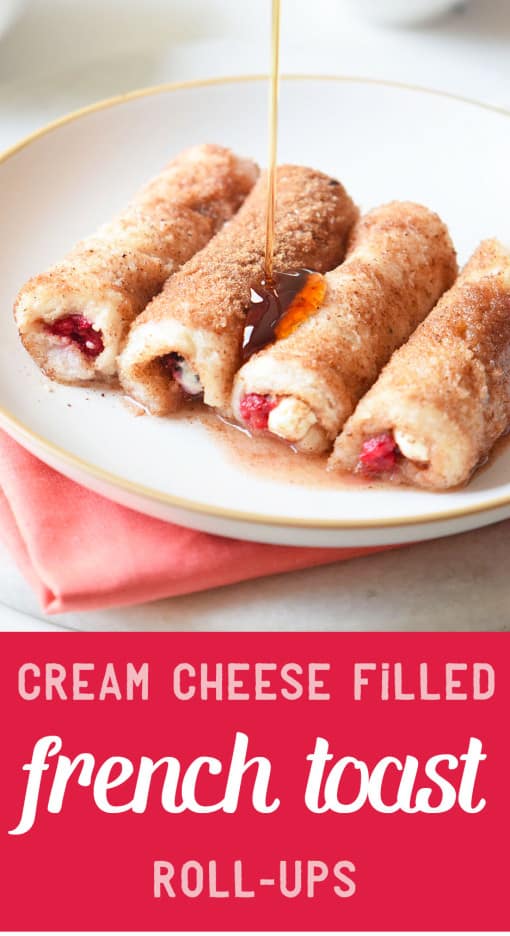